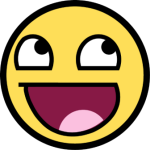 Awesome face,
because it's awesome!

Around the intertubes I go by the name of Themaister, or just Maister for short.

I started programming actively around 2008-2009 in good ol' C99. It still remains my favorite "get it done"-language (I tend to write programs that use syscalls in some way ...), but I've lately invested some time in C++11, the new C++ standard. It's a refreshing experience over the archaic C++98. I also have limited experience with languages such as Python, Unix shell, and various assembly languages.

I have released several open source projects, some more complete than others, which you can find either here or on GitHub. My projects are generally released under the GNU General Public License v3. The reason for this is mostly because GPL is a very well known license, and I mostly agree with its ideals.

My operating system of choice is Arch Linux, however, I try to make sure that my software works on Windows, Mac OS X and the various BSDs as well.

I am currently a third year electronics engineering student at Høgskolen i Vestfold, Norway. Currently I'm a far better programmer than EE, but we'll see about that. I'm aspiring to get a master's degree in multimedia DSP eventually.

I'm also interested in music, both listening and performing. I have various compositions in the music section.